Moving to the countryside is not just a great premise for a column in the Evening Standard, it also holds the potential to help ease overcrowding in London.

Recently, Jade Beer scored a viral hit with her piece “I left London for the countryside and it was nothing like I dreamed” which follows in the long tradition of columns explaining “why I am leaving London”.

In fact, once people start renting a home from a Local Authority or Housing Association, they are far less likely to move than was previously the case. In the mid 1990s there were around 50k new social housing lets per year in London. That number has steadily declined and now stands at below 20k. 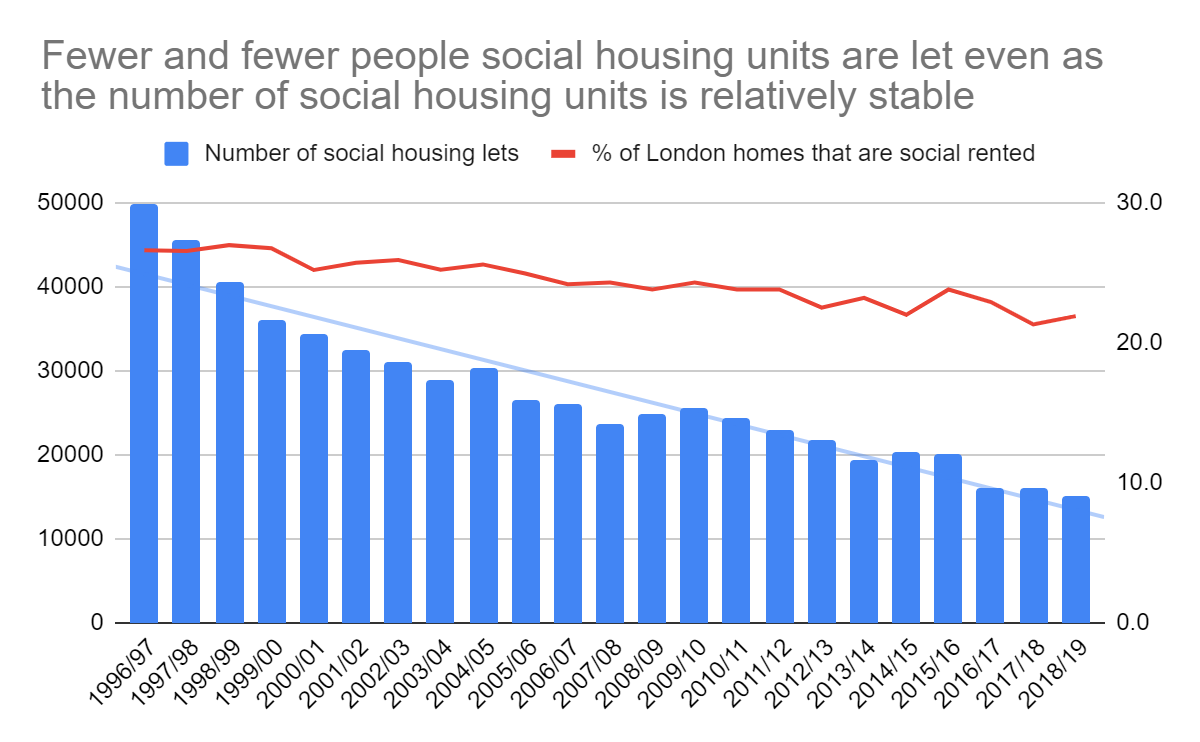 At the same time the number of overcrowded households has increased

There are around 110k overcrowded households in social housing in London, almost all have children. This is a big problem since living in overcrowded accommodation is really bad for you and your children and it is a much bigger problem in London than elsewhere in England.

Once you are an overcrowded household renting from a Local Authority or Housing Association you’ve got very little chance of being able to move to a larger place as these do not become empty in significant numbers, and it is very rare for households to move from social renting to private renting (as the rent in London is so high).

Apart from building new social housing units, there are a couple of London-wide schemes which are designed to respond to this situation including the Seaside and Countryside Homes scheme, whereby households that are “underoccupying” are given incentives to move to the coast so that a family can move into the now empty home.

Currently, very few people take advantage of this scheme. Fewer than 200 households per year. (Some local authorities or housing associations run similar schemes, most with similarly small take up). 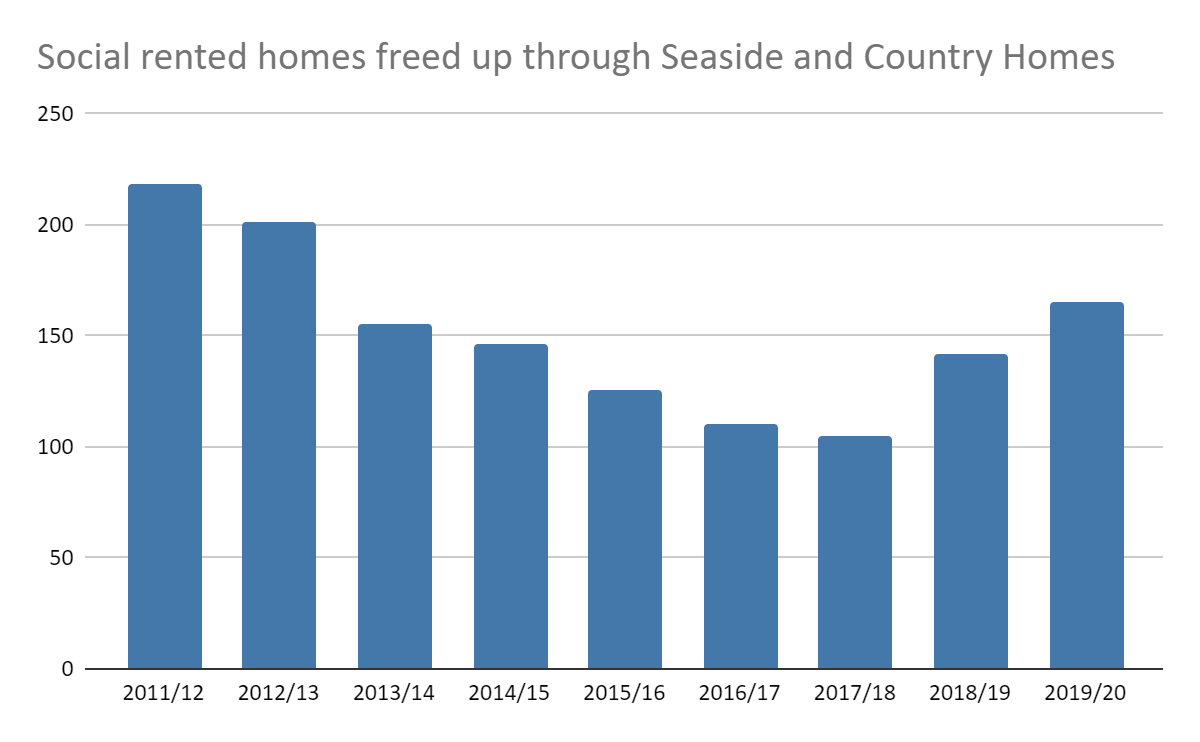 If money was less of an issue these are schemes that could do a great deal of good, supporting older people to move to more suitable accommodation and allowing families to move into less cramped homes. Given how little grant there is for social housing at the moment, it’s understandable that the focus is on building new homes, rather than supporting people to move into existing properties.

However, a less punitive approach than the much reviled bedroom tax, has great potential to enable young people to grow up with a room of their own, free from the strife and illness that are often associated with overcrowded flats. Rather than trying to fine people into moving to smaller accommodation we should be giving them attractive options and easing their moves. It could even be a regular series in the Evening Standard, “why I swapped my Camden Council flat for life by the sea” has a ring to it.

2 thoughts on “Moving on is never easy”