Far fewer people are moving into social housing after sleeping rough than were 10 years ago. This is despite a dramatic increase in the number of people sleeping rough in the same period.

Last year, around 7,000 households were rough sleeping immediately before moving into social housing. That’s 3,000 fewer households than 10 years ago. Over that same period we’ve seen a 165% increase in the number of people sleeping rough.

This is not a result of a new approach by councils and housing associations to turn away people who have been sleeping rough. In fact, the proportion of social housing lettings going to people who were sleeping rough has remained unchanged.

The situation is more stark in London where less than 4% of social housing stock were newly let in 2018/19, half the national average.

Some have been tempted by the idea of building more social housing to solve the issue. This would be welcome, but it’s unlikely to fully address the situation.

Only 5% of new lets for social rent were newly built units, 36% were relet because the previous tenant moved to private sector accommodation. The number of households moving from social housing  into private sector accommodation in London is very small, because the difference in rent is so enormous. While the situation is less stark elsewhere, the gap between rent in social versus private housing is probably a significant reason for the decline in people moving. 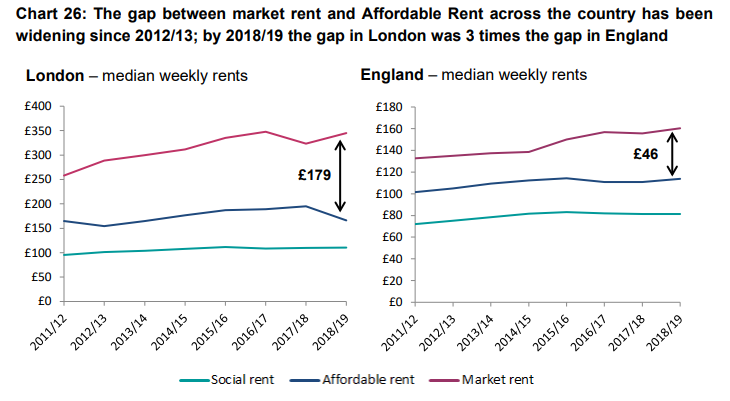